After an amazing life slowed down by the brain disease Primary Progressive Aphasia, our one-of-a-kind Craig passed away at home on September 25, 2020 at the age of 64.

Born in Vancouver, Craig attended Shaughnessy Elementary, Eric Hamber Secondary, and UBC where he was a member of Beta Theta Pi fraternity and a member of UBC’s Big Block Club. He graduated in 1979 with a Bachelor of Commerce degree. Craig met his wife Trina on a blind date weekend at Sakinaw Lake, fell in love and married in 1992 at Sakinaw. Tessa was born in Vancouver in 1995, and Chantal was born in Montreal in 1997.

Craig played and loved soccer from a young age, eventually playing for the UBC Thunderbirds from 1974 to 1978 and was on the 1974 team that won UBC’s first ever National championship. Craig’s love for soccer extended to coaching Chantal’s community soccer teams for years.

Craig started his professional career as an articling student with Price Waterhouse and received his Chartered Accountant designation in 1981. He worked on the audits of several of the firm’s largest forest industry clients before moving into the consulting practice. Craig was admitted to the firm’s partnership in 1995, and from 1996 to 1999 he was based in Montreal where he established PwC’s Eastern Forest Industry Practice. Craig was a frequent speaker at forest industry events across the country and was often called upon by the media for his views on the trends and transactions shaping the industry. He retired from his role as the Vancouver Consulting Leader in 2011.

Craig lived life to the fullest. He knew how to work hard and play hard. There was never a dull moment in his company. He was often seen riding his bike (or unicycle) across the Lions Gate Bridge with his beaver helmet and Barbie basket, on his way to work. Sakinaw Lake was his retreat where he water skied, enjoyed the fire, the odd cigar and a good scotch. You could often find him hot tubbing listening to sixties/seventies music (especially The Rolling Stones) both at home and at the lake. Craig was a true adventure seeker and he travelled extensively, attending 4 FIFA World Cup soccer tournaments and 3 Olympic games and for many years he attended the Hong Kong 7’s rugby.

Craig taught us all by example. His positive attitude and gracious handling of a devastating brain disease carried us all through hard times. He showed us how to be patient, hard-working, frugal, fun-loving and to never sweat the small stuff. He was truly an inspiration and never had a negative thing to say about anyone or anything. Considered a legend by many, above-all, he was an exemplary friend, father, husband, brother and son who appreciated the value of relationships. He will be dearly missed.

Thank you to Dr. Malcolm MacDonald for his heartfelt care. In lieu of flowers, Craig would have appreciated donations to brain research through the “Djavad Mowafaghian Centre for Brain Health” at UBC. (or a charity of your choice). Due to Covid restrictions, a celebration of his life will take place on a zoom live stream October 24, 2020 1:30-3:00 pm. Access to the live stream will be by invitation.

“Unable are the loved to die, for love is immortality” ~Emily Dickinson 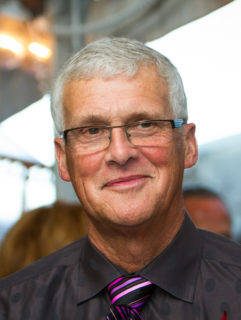 It is with heavy hearts that we pass along the news that long time SLSBC member John Ames has passed away. He passed away on April 6th, it was a very sudden illness that spread quickly. He was diagnosed with acute leukemia with no real treatment options.

Our thoughts and prayers go out to the Ames Family at this very difficult time. The memorial will be Sunday, April 19th at 2:00 pm at Capilano Golf Course.

The obituary and additional memorial details are available here.
Sincerely,